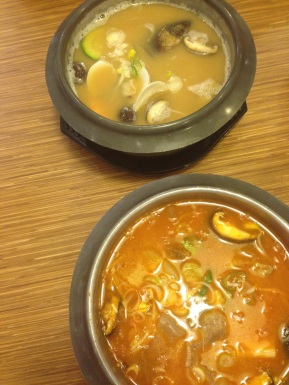 I love steamboats and despite the fact that I live in a country where the weather is almost always at a constant 30 degrees Celsius, I’d happily have it every day and cravings for steamboat hit me as often as traffic lights turn green (what?!). So when this craving struck recently, I dragged my mum to Seoul Garden Hotpot (SG Hotpot) at IMM. Despite the fact that I go to IMM frequently, I’ve actually never eaten at Seoul Garden Hotpot, well, now that’s going to change. If I ever have an urgent need for steamboat, I’m so hitting that. 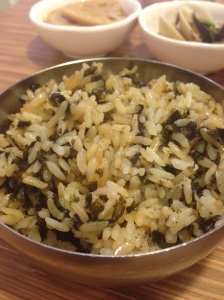 As you might have guessed, SG Hotpot is Korean-style steamboat and they offer 2 bases – kimchi and miso. Both of which I really do like, although the kimchi base is not all that spicy. We ordered the Braised Beef and Tendon Kimchi Hotpot and the Seafood Hotpot with miso base, topped it up with the assorted namul of the day and seafood pancake and mandu, and switched to the seaweed rice. I loved the tendon and the soup base, found the braised beef a little tough but overall, I liked it, if only the fire stayed on long enough to keep it nice and hot throughout the meal, Strangely though, the fire for the Seafood Hotpot kept going for much longer. The soup bases were really aromatic and thick, not wimpy and thin like some places that serve individual steamboats, so I really liked that. The seaweed rice was really yummy and I could have finished it all on its own, but I was strangely stuffed so I only managed half *sob* 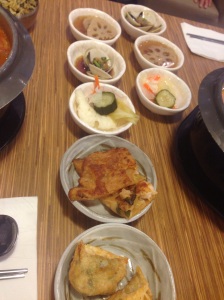 As for the appetizers, I enjoyed all of the namul but was slightly disappointed they didn’t serve kimchi. The mandu was delicious but it seemed to be to be seafood-based, which is a nice change from all those meat-filled dumplings. I’ll pass on the seafood pancake next time though. Taste-wise, it was not too bad, but it was tough.

If the dessert that they serve with the add-on set is mochi, just skip it. The frozen ones you buy from the supermarkets will probably taste better than the ones served there. We also ordered the Ginseng Wolfberry tea and the Cinnamon tea. I loved the cinnamon tea, not too sweet and the aroma and taste of the cinnamon just made me very happy. The Ginseng Wolfberry tea was very ginsengy, I hate the taste of ginseng, so I can’t really comment, but my mum seemed to like it. 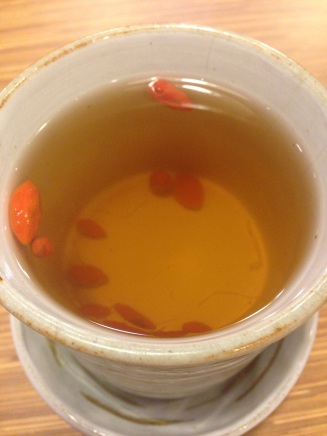 That, ladies and gentlemen, was my first experience at SG Hotpot and it definitely won’t be my last. I need to go back and try the Ginseng Chicken Hotpot. Yes, I know I said I hate the taste of ginseng, but somehow or another I like Korean Ginseng Chicken soup, go figure.